Curly Strings new charity album “For Children”
Curly Strings has joined forces with several Estonian artists to put together an album of children’s songs. It will be released digitally on May 29th and physically on June 5th – along with an accompanying coloring book with illustrations, song lyrics and sheet music of the tunes. The album is called “Lastele – For children” and all the sales proceeds will go to a charity organisation.
Listen and watch two new songs from the upcoming album:
Curly Strings – “Pillimeeste laul” (“The Song of The Musicians”):
https://youtu.be/-LcEyB9OXhg
Curly Strings ja Ewert and The Two Dragons – “Meie pere pesulaul” (Our Family’s Washing Song”):
https://youtu.be/dTDHxpMRcsM 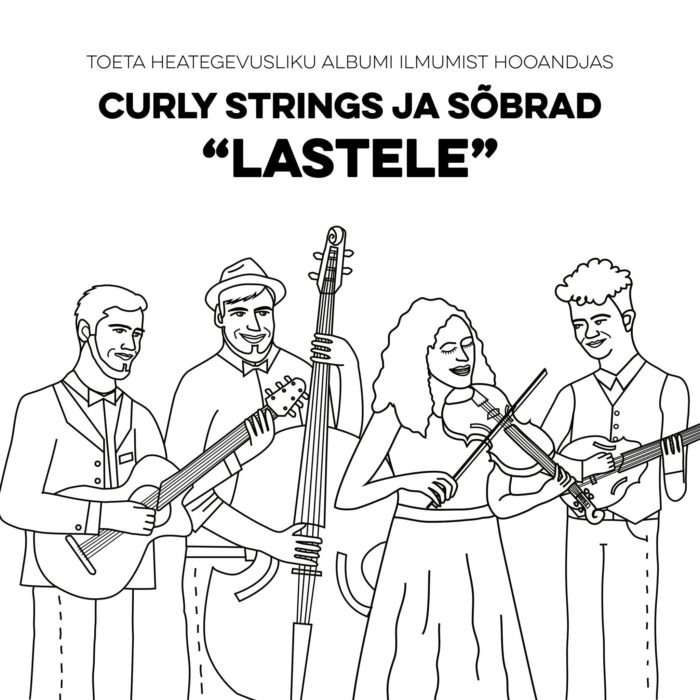