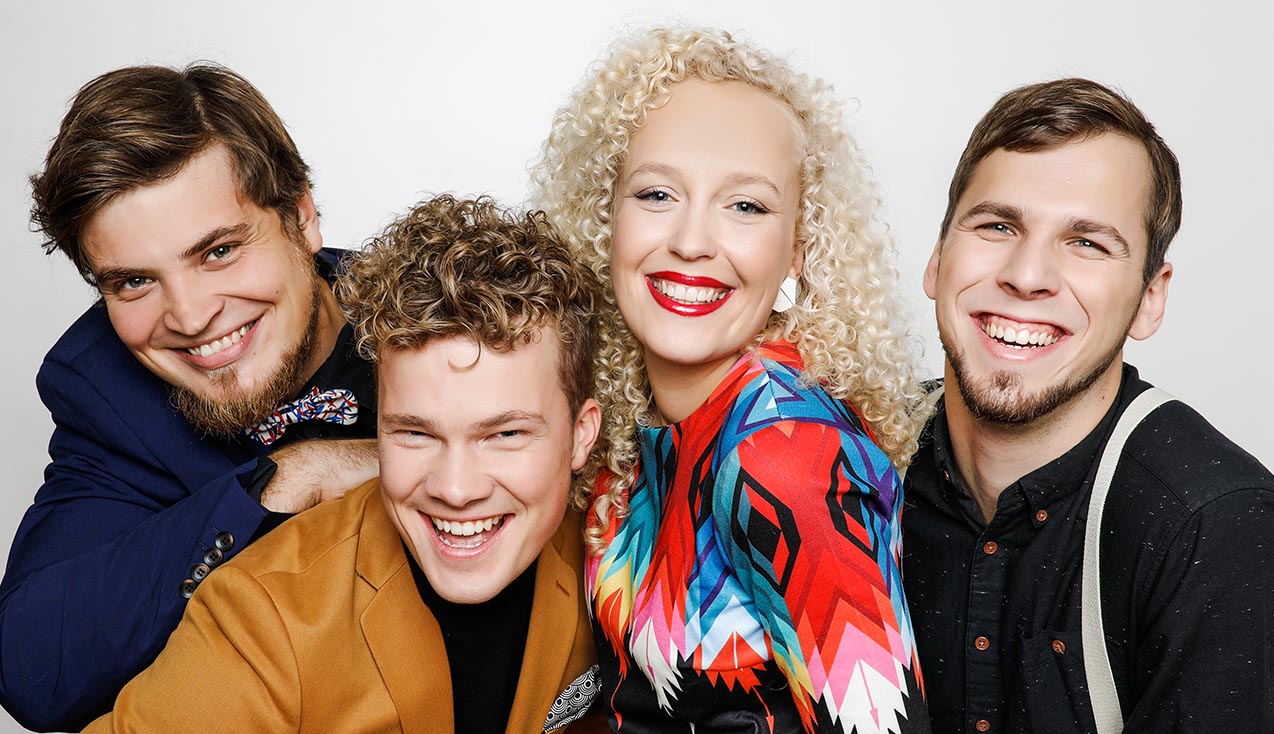 Curly Strings is a four-piece band, that draws its inspiration from American bluegrass and their own personal heritage in the current Estonian cultural space. Intense and playful ensemblework, hauntingly beautiful melodies and sincere presentation of their music forms the main basis of the Curly Strings soundscape. The band’s rise in the Estonian music scene in 2013 was a phenomenon unlike any other: a folk music artist becomes mainstream by collecting music awards and being the top seller in music stores for more than a year.

“Estonian lyrics and tradition meld with American string band influences to create a sound at once familiar, yet unlike anything you’ve heard before.” Casey Driessen

“These musicians are inspired by music from far away places but are deeply connected and informed by their own cultural heritage. I LOVE THAT!” Mike Marshall