Dear friends, we have an announcement for you 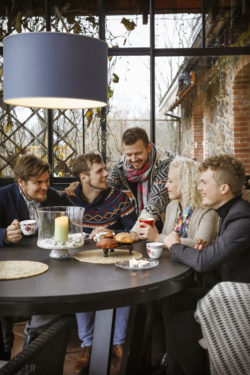 Curly Strings has been a central idea from the beginning: four good friends making music that they love. Soon it became apparent that other people liked what we are doing as well. The four friends who started this journey have been supporting each other through all of it and above all we’ve drawn huge inspiration from each other. These feelings and this motivation are what has taken us from our beginnings to many successful concerts in Estonia and more lately abroad. Since we want to continue with the same passion and determination, we as a band have had to make a decision: Jalmar Vabarna will not be a part of Curly Strings any more. Jaan Jaago will be the new guitar player in Curly Strings.

As Jalmar describes the decision: “I am known to enjoy being a part of several different bands and in Estonia it is possible to do so, but as CS has lately been moving towards international activity and acclaim, I found that I couldn’t devote as much time to it as I wanted and as the band deserved. So I made the choice I felt was best for the group as a whole. I am glad that my friends from the band respect this decision and feel confident that they can move forward full-speed with a new guitarist.”

Eeva, Villu and Taavet have been playing together with guitarist Jaan Jaago since 2008 and are excited to move forward. We have already started the creative process for recording a new full length album in the spring and we are preparing for concerts in Germany, Netherlands, USA and Japan.